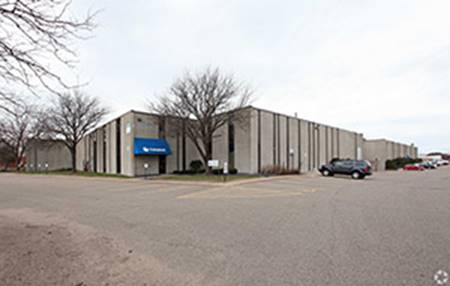 The sale is just part of a far more complicated deal, however. And while it isn’t the biggest project Interstate partners Eric Simmer and Lonnie Provencher have put together, it is one of the most challenging. “This one took a really long time to structure,” said Simmer.

The problem was how to keep one fully leased unit and reposition five empty units in an industrial building along the banks of the Mississippi River. The solution was to team up with two of the existing owners, buy out a third, reconfigure the spaces, and bring in a brewery and a rock climbing center.

The other two units, owned by separate parties, were not involved in the project.

The Minneapolis Bouldering Project, a new rock climbing center, is leasing four of the units and reconfiguring them to create a single space.

Jeremy Pryes, who founded Pryes Brewing Co. in 2012, is taking one 13,000-square-foot space to create a new brewery and tap room. The new address will be 1401 West River Road N.

Both businesses are slated to open in mid-2017.

The new ownership group will continue leasing its sixth space to the city of Minneapolis.

Simmer estimates the total project, including the equity from the owners and the acquisition of the final unit, totals about $4.3 million.

“We couldn’t be more pleased about the result,” Simmer said.