Two years after Pryes Brewing launched their first beer, Miraculum, the company announced it has found a permanent home for its brewery along the Mississippi River in Minneapolis. The company, which started as an alternating proprietor at Lucid Brewing’s Minnetonka facility and now at North Loop BrewCo in Minneapolis, aims to open their own space to the public by mid-2017.

Pryes’ taproom and production brewery will be located at 1401 W. River Road North, across the Mississippi River from Hall’s Island in Minneapolis’ Near North neighborhood. About half of the 13,000-square-foot building will be dedicated to the taproom, says company co-founder Mike Corneille.

“We wanted to focus on the core of the city and be where the people are,” adds co-founder Ben Schuster, talking about the new space. “We also wanted to be at the heart of the brewery scene in the Twin Cities. We are sitting right between the breweries in Northeast and North. We see ourselves as being the bridge on both sides of this great Minneapolis scene.”

Named after founder and head brewer Jeremy Pryes, the company began brewing in the fall of 2014 in in Minnetonka, where they also shared brewing equipment with Badger Hill and Bad Weather. Pryes has witnessed these companies build their own breweries, and stand ready to put this knowledge into action.“We’re taking the taproom to a different level,” says Schuster. Different parts of the space will offer different experiences: room for large gatherings, smaller groups and happy hours, community space and a large patio with access to the river. The initial build-out also includes a full kitchen for pop-up restaurants and a lane for feather bowling, a Belgian sport akin to bocce and curling. The brewery will be accessible from downtown and by the West River Parkway bike trail.

Pryes has been exploring properties for nearly two years to find the right spot. Located in the heart of the city with a parking lot and greenery, they envision both a packaging-focused production brewery, as well as an active and experimental taproom environment.

Since launch, Pryes has brewed only a single beer: Miraculum, a soft, citrus-driven IPA with a sweet malt base. “We wanted to focus and do things right. To grow things slow and steady,” says Corneille. “It’s about long term success in the market, it’s not about going out and getting as much in people’s hands as possible.”

They will apply a similar approach to the new brewery. He promises a few new recipes on opening day, to be followed by a growing lineup as the facility maximizes efficiency.

Pryes currently produces 800 barrels per year, and has only been able to supply around 50 retail locations in the state. But more beer will soon be available at bars, restaurants, and eventually in packaged form at liquor stores, as the new brewery will have a capacity of over 20,000 barrels with room for further expansion.

While the wait to open their own facility has been longer than the Pryes team would have liked, the patience they exercised has paid off. “After looking for the perfect brewery location for nearly two years, we are thrilled to open on the banks of the Mississippi River, with a symbol of Minnesota’s brewing history, the Grain Belt Brewery, just upstream,” says Jeremy Pryes. 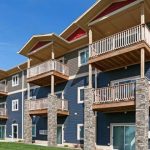