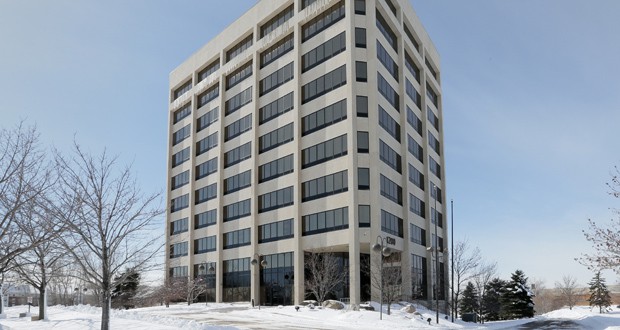 Recent, significant changes in the Minnesota Department of Revenue’s eCRV system have curtailed Finance & Commerce’s ability to provide readable copies of CRVs at finance-commerce.com. We are working on a solution and ask for your patience. 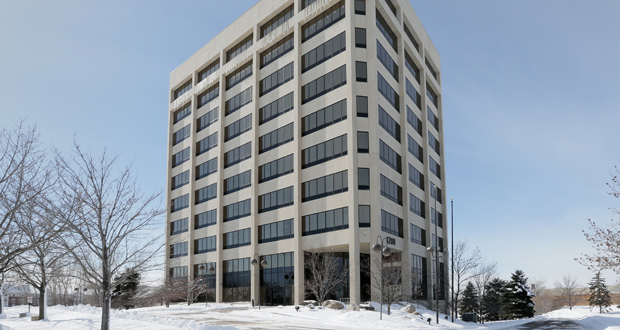 Interstate Partners and At Home Apartments, both based in St. Paul, have teamed up for the first time on a $5 million deal to buy the vacant Waterview Office Tower in Eagan and turn it into 113 luxury units to be called City Vue Apartments.

“We’ve been working on this a long time,” said Greg Miller, president of Interstate’s Minnesota office, about the acquisition of the 110,000 square-foot building and 4.98 acres of land at 1200 Yankee Doodle Road.

City Vue Apartments LLC, an entity created by At Home and Interstate, acquired the 29-year-old building and adjoining land from Open Space LLC of Omaha, Nebraska. Open Space paid $3.75 million in 2012 when it bought the building from Blue Cross and Blue Shield of Minnesota, a price that was a little more than half the price Blue Cross had set when it listed the building in 2011.

Miller said the 10-story building is the tallest in Dakota County and offers great views in a great location, with a footprint that will fit 10 to 12 units per floor.

The developers closed Dec. 5 on the purchase of the 10-story building, according to a certificate of real estate value made public this week. It’s the first phase of City Vue Commons, an 11.36-acre project Interstate Partners unveiled earlier this year.

The project includes construction of a two-story parking ramp, a separate 90-unit apartment building and 30,000 square feet of retail space in a separate building.

Leanna Stefaniak, director of business development and general counsel for At Home Apartments, explained details of the project but declined to share the total cost.

The City Vue Apartments tower is expected to open in summer 2015, with the parking structure and retail development slated for construction to begin in the spring and the second apartment tower to be developed later. The land for the retail development isn’t included in this acquisition.

The developers have hired Black|Dew of North St. Paul to handle the apartment conversion and RJ Ryan Construction Inc. of Mendota Heights to build the two-level parking ramp directly behind the apartment building.