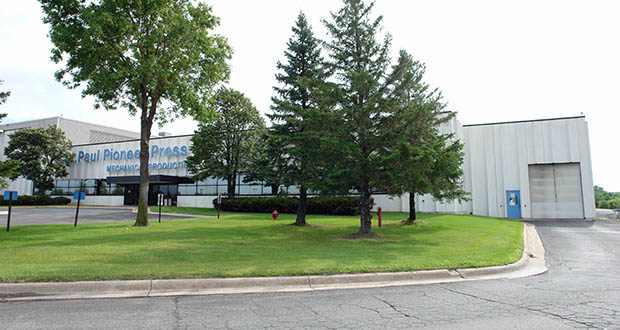 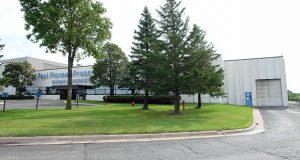 Editor’s note: “Just Sold” is a Finance & Commerce feature based on the newest certificates of real estate value filed with the Minnesota Department of Revenue for commercial sales throughout Minnesota and reports of sales across the country involving local parties. Research includes company and broker documents, online real estate listings, F&C archives, CoStar and other research.

Eden Prairie-based Interstate Development has paid $5.6 million for a vacant 168,000-square-foot St. Paul warehouse that once housed the Pioneer Press printing plant and later a pipe company, for use as a First Transit location.

Interstate, operating as Ridder Industrial LLC, closed May 13 on the acquisition from SIGH Properties LLC. CoStar indicates SIGH was related to Stacy-based Royal Pipe and Fittings, a concrete pipe maker. The plant was built in 1983 on 8.72 acres at 1 Ridder Circle, which is on the northeast quadrant of Bayfield Street and Plato Boulevard, just north of the downtown St. Paul Airport. The building included four docks and up to 25 feet of clear height.

“This was a good buy for us and we are happy with the transaction,” said spokesperson Victoria Perbix. “It’s a great location, building and site.”

Interstate is adding the property to its long-term holdings, which include 46 buildings, with 73 tenants and 2.2 million square feet of space across five states.

SIGH bought the warehouse for $2.85 million in 2015, after the newspaper ceased printing operations there.

SIGH bought the warehouse for $2.85 million in 2015, after the newspaper ceased printing operations there.