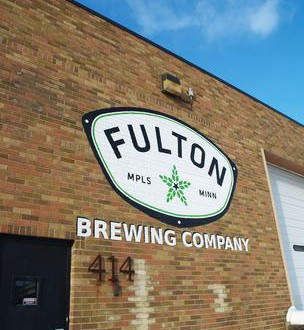 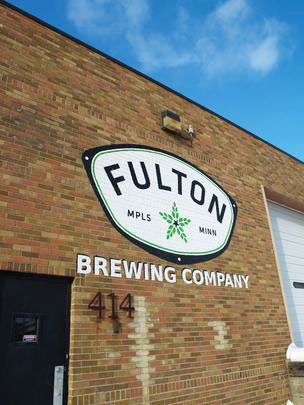 Fast-growing Fulton Brewing Co. is significantly expanding with a long-term lease for a 51,000-square-foot industrial building in Northeast Minneapolis.

Fulton’s current home, at 414 Sixth Ave. N. in the North Loop neighborhood near Target Field, is only 6,000 square feet including a taproom. For

The new location won’t have a taproom, but will initially roll out 20,000 barrels of beer per year, compared to the 3,500 barrels annually produced at the North Loop brewery. Fulton said it will continue brew small batches at that location and keep the taproom open.

Given the size of the new building at 2540 Second St. N.E., Fulton probably won’t have to outsource production any longer. Fulton contracts with Pointe Brewing Co. to brew and bottle Fulton’s Sweet Child of Vine and Lonely Blonde beers in Stevens Point, Wis., according to a CityPages story earlier this year.

Interstate Partners, a St. Paul-based company, bought the 22-year-old industrial building last week for $2 million and is leasing the building to Fulton, according to Interstate principal Greg Miller. Interstate’s Lonnie Provencher worked closely with Fulton to find the location.

Fulton, which started in Diley’s garage in 2006, plans to “put a lot of money into the inside” to build out the manufacturing operation, Miller said. Neither Fulton or Interstate has submitted any building permit or development plan with the city of Minneapolis.

Fulton has already taken control of the property, said Sherm Malkerson, principal at The C. Chase Co. in Minneapolis. He listed the building for sale for an Edina-based limited partnership, and confirmed Interstate Partners’

acquisition. The building was most recently a warehouse for used-clothing retailer Ragstock.